99.9% of the web developer world believes that the correct usage of an RDBMS, along with transactions, prevents their applications from seeing bad data and introducing serious data quality errors. They are DEAD WRONG.

Obviously this guy is super switched on and knows his stuff. He's doing the work and everything about this article is insightful and well put together.

What I found astonishing, however, were the comments and what they reveal about the average professional developer:

I cannot tell you how many times I've gotten into arguments with 'professional' developers and especially silly sysadmins that actually believe that, by simply saying the word RDBMS, spinning a chicken around their head 3 times, and connecting to the magical unicorn of DBs their data will be safe and sound like, you know, ... (something something about) .... banking transaction and all that (nonsense) dither about transactions and fsync. And a bunch of other stuff no developer I've ever met actually understands or has considered in the context of an HTTP (hint: stateless) application.

Before I proceed I'm going to issue a challenge:

Riddle me this developer: what's wrong with this code path:

Let me reveal something earth shattering to you:

THIS CODE IS TOTALLY BROKEN ON EVERY MAJOR RDBMS, AND VIRTUALLY EVERY APPLICATION, IN THE WORLD

I assure you that the email will go out twice.

Explaining transactions is beyond the scope of this article, but let me introduce you to 'phantom reads'

In the above code a 2nd, concurrent, transaction can cause the following to happen:

I know I know, you can't believe it. But that's just because you never bothered to RTFM when it comes to what 'transaction' means. Start here:

Note that little table. Let me translate it for you:

And so I ask you which is a worse engineering decision:

ps. I've worked on large scale financial, realtime, and HA systems that use both Mongo and PostgreSQL. It's damn hard either way.

pss. I tried to comment on your blog Kyle, but comments were blowing up ;-) 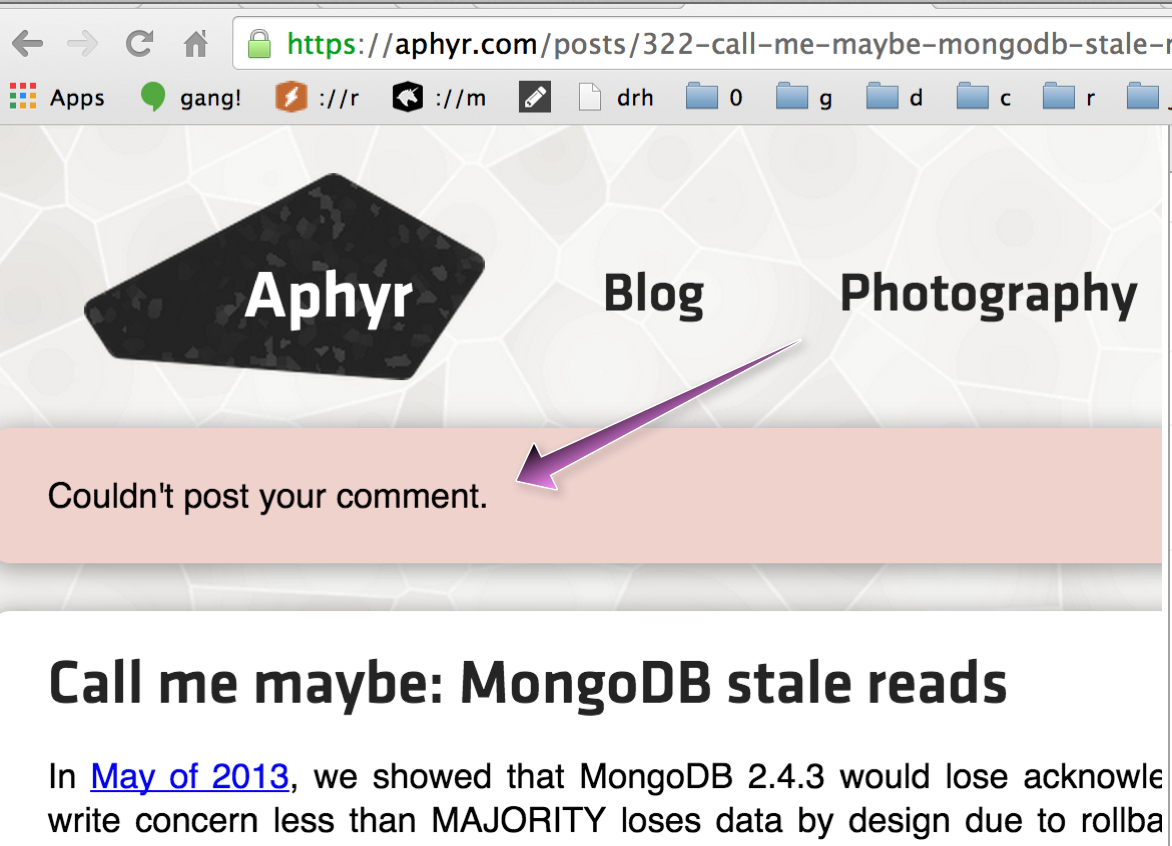