Over the holiday break I was reflecting on my introduction to Ruby on Rails at the dojo. As a full stack developer that mainly concentrates on the front-end, it was overwhelming to come into an existing rails project with a small javascript task. What files to edit? How are my scripts included in the page? How is a request handled in rails? Ahh!!

So I wrote a book about it. My awesome dojo4 teammates helped review it for technical soundness and I think it's at a great point to release to the world. Hopefully it helps other front-end developers who jump into a rails project and realize they're lost. Let this book be your compass! 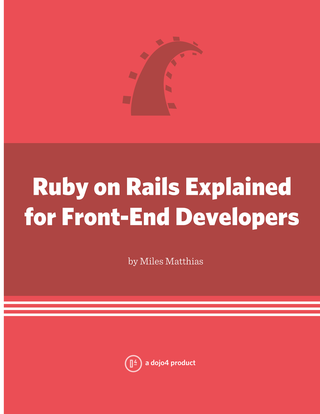 Check out the book: